The week that was in MLS Fantasy defied conventional wisdom at every turn. Four members of the week’s Dream Team had a bi-coastal week where they played two matches on artificial turf.

Tired legs prevailed, and here we are.

Now, fantasy players are looking at a second straight double match week. New York City FC get two matches at home starting with a Thursday match against the Philadelphia Union, following their 2-1 loss to the same team over the weekend with local kid John McCarthy tending goal. He’s way cheaper than Josh Saunders, which makes him an attractive pickup.

The weekend opponents for both NYCFC and the Union were blanked over the weekend, those being Portland and New England, respectively. So who is more likely to bounce back? These are the questions fantasy managers have to ask themselves before making their transfers for the week.

The risk/reward of the double match week is a balancing act, and even the best-laid plans can leave one dangling from the ceiling.

This week’s submission comes via email from Nicholas Gallo. He really wants to get back to the glory days, and don’t we all?

For the past couple of weeks, I've been struggling greatly through players not starting and injury. With $0.7 in the bank, what would you suggest for my transfers in order to get my team back into the glory days where it was in the top 1,000. Thanks! 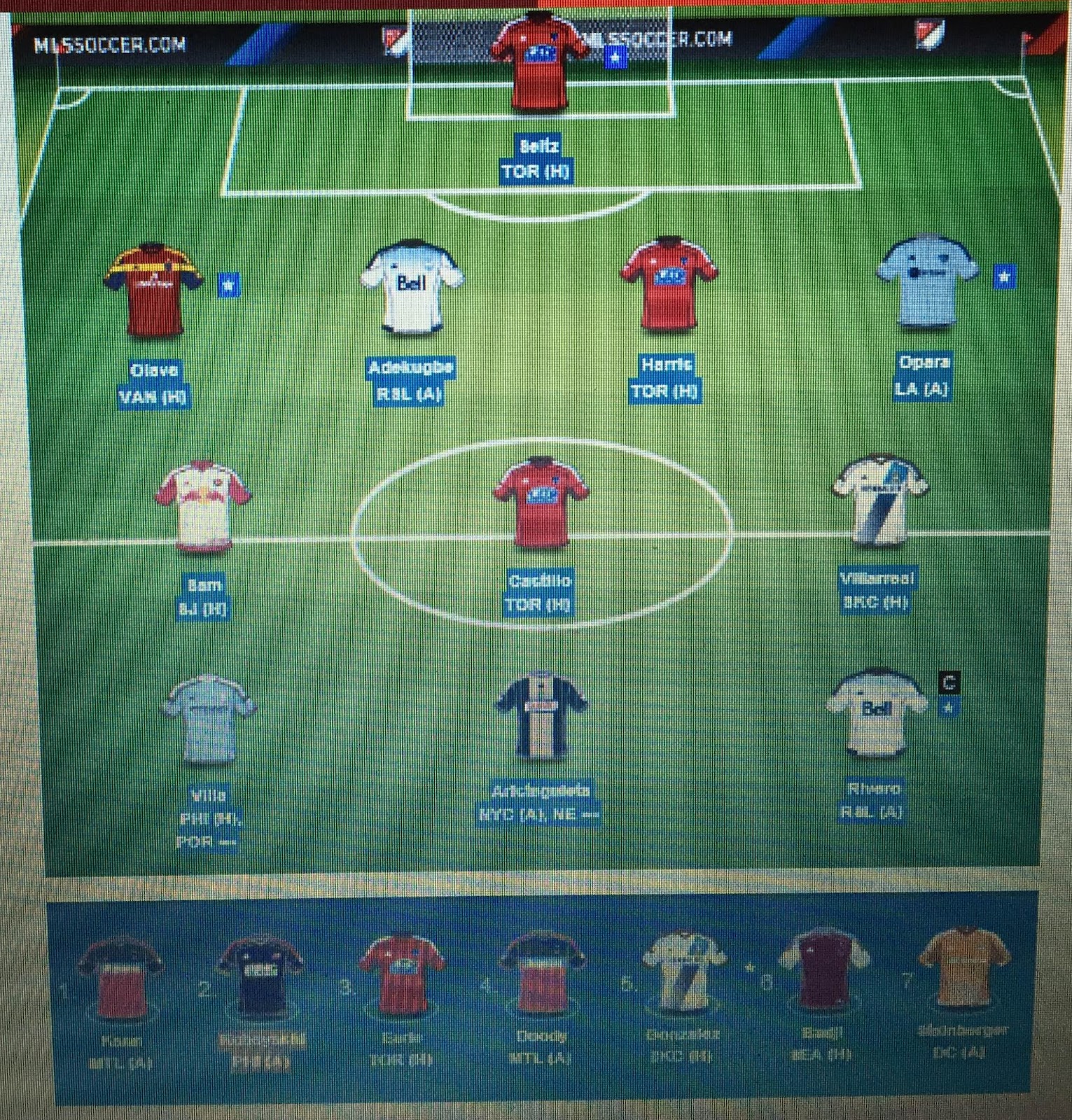 Looking at your team, I can see the logic behind each selection. There’s the FC Dallas backbone so many have relied on, and a Whitecaps pair after a hot start and the double match week. We need to replace Ike Opara, who has been lost to injury after being an early goal threat. David Villa and Fernando Aristeguieta are affordable goal-scoring options, while Jose Villarreal is on the rise. Lloyd Sam and Jamison Olave are old standbys.

Omar Gonzalez will return to the team before the LA Galaxy’s match on Saturday, according to a team statement, but you might want to keep him on the bench until we see how Wednesday goes. So let’s work on finding a replacement for Opara.

Jason Hernandez ($6.6) of NYCFC gives you a defender about to embark on a double match week and an extra $0.7 in the bank. Hernandez is a double-digit CBI guy who managed a key pass in his last match and has gone up $0.1 since the season started. Getting to play both matches while enjoying the comforts of home is a decent predictor of at least one clean sheet for NYC.

That injury down, there are still other injuries to contend with.

Villarreal should be back to starting after resting two weeks in a row. Aristeguieta missed last weekend as well with a left quad injury, which to my mind makes him likely to rest in one of the two Union games.

Switching the Union forward out for Columbus Crew SC’s Kei Kamara might sound like last week’s advice, but it’s a like-for-like swap in the grand scheme of things, and I like Columbus’ upcoming schedule.

Villa would be the man to captain this round. Use that extra coin in the future to upgrade your midfield, and I think you’ll be back on the right path.

Fancy yourself a Fantasy Doctor? Give your alternative diagnosis in the comment section below. After all, a second opinion never hurt.