Spontaneous, stadium-wide chants for one player hardly ever break out at Stade Saputo. Last Saturday, with his majestic outing in a 2-0 home win against Orlando City, center back Laurent Ciman won that honor.

But another chant prevails in his heart: his kids’ shouts of “Papa! Papa! Papa!”

“Although it’s pleasing, in a stadium, to hear that – it really shows that there’s gratitude here, it’s really nice to hear and it drives me to fight and give my best even more – family is my first priority,” Ciman told MLSsoccer.com.

In his prime at 29, Ciman is certainly a player worthy of having his name chanted. But he’s an even better dad, and Montreal Impact fans can thank him for that. If Ciman were a lousy father, he wouldn’t be where he is today.

He found a proper professional challenge in Montreal, but more than anything, Ciman came here for his 5-year-old daughter, Nina, who is autistic. In their home country of Belgium, the Cimans struggled to find even the most basic forms of support for her.

Laurent's wife, Diana, searched for optimal care for Nina. Canada kept popping up. The Cimans thought they could always move to North America after Laurent’s career, but the opportunity came sooner than expected. Last January, a teammate of Ciman's at Standard Liège, Yohann Thuram-Ulien, told him about a Montreal-based agent, Jean Russo. Ciman, Russo thought, could be an option for the Impact’s leaky defense.

“I think it was all wrapped up in two weeks,” Ciman said.

Two weeks for a leap of faith that the dad, not the player, made.

Ciman’s career path has given Nina premium care, but it all could have been much different. The patriarch’s ambition to reach the Belgian first division came to a screeching halt when he was a teenager playing in the Royal Charleroi Sporting Club youth teams. There was a feeling that he simply wasn’t good enough – not yet, at least.

“When [soccer] became more serious for me, I went to see the technical director, who told me, ‘Listen, you’re not at the first-division level. It’s going to be complicated for you,’” Ciman remembered. “So I went to the third division.”

He joined the Olympic Charleroi setup. His father drove him everywhere. The third division, Ciman thought, would be his permanent soccer home. He spent three years at Olympic.

In the meantime, Sporting Charleroi changed everything from their president to their head coach – and, crucially, their technical director – paving the way for Ciman’s return. Ciman would make his first-team debut before he turned 20.

Then Club Brugge called in 2004 – an ill-fated move that turned into the greatest opportunity of Ciman’s career when he went on loan at Courtrai.

“I met a coach, Georges Leekens, who revitalized my career,” Ciman said. “He gave me the keys to the national team, because he became the manager later on. He called me up and played me at right back, where I did well. I had some really good games.”

His spell at Courtrai opened the doors to Standard Liège, who signed Ciman in 2010. He won a Belgian Cup the following year and charmed the Sclessin faithful through his dedication, leadership and consistency. Standard became his home. Standard knew he did not want to leave – the volley he scored on his sendoff against rivals Anderlecht proved as much.

Ciman left Standard on a high. He also debuted with Montreal on a high. Two days after his derby heroics, he joined his new teammates in preparation for the quarterfinals of the CONCACAF Champions League, a tournament he didn’t quite know at first. But teammates and supporters were quick to highlight its importance to Ciman. And there he was, on February 24 in Pachuca, Mexico, making such an impression that opponents tried to draw him into a skirmish by the end of the match.

Pachuca, Alajuelense and Club América kept Ciman busy for every minute of every knockout game. What better way to show Belgium manager Marc Wilmots that, despite being out of his country, he should still be in the national team’s plans? Wilmots last called on Ciman in March, for Euro 2016 qualifiers against Cyprus and Israel, between the two legs of the Champions League semifinals.

Now that the Impact have found their rhythm in league play, Ciman believes he can keep earning call-ups from Wilmots, because he thinks MLS is at least on par with the Belgian league.

Ciman’s national-team objective is crystal-clear: Euro 2016. After Belgium’s quarterfinal finish at the 2014 FIFA World Cup, where Ciman made the 23-man roster but did not play, the Red Devils are expected to qualify comfortably and challenge for the title next summer in France.

Most current Belgium internationals are at the top of the food chain, playing in the Premier League, Serie A or La Liga. Though the timing may not be right to sound them out about a North American adventure, some of Ciman’s mates – Jan Verthongen, Mousa Dembélé and Nacer Chadli – are about to get a taste of MLS, when Tottenham Hotspur play in the AT&T MLS All-Star Game on July 29 in Commerce City, Colorado.

Ciman would like to be there. If he keeps up his club form, he will be a contender.

“It’s about the challenge, and [going there] would mean that we’re playing some good games right now,” Ciman said. “It’d be recognition for the work I’ve done. It’s good when it comes to the national team, as well. It’d be a nice opportunity to get myself out there, be seen.”

Therein lies Ciman’s only personal objective in MLS: remaining in the Belgium pool by playing well for an MLS Cup-aspiring Impact. Otherwise, his objectives revolve around his family, which he worked hard to start in the first place.

The Cimans first came across each other in school, when Laurent was 13 and Diana, 16. The first real contact actually came six years later, when Laurent's sister introduced him to Diana in a bid to take his mind off of his previous relationship. 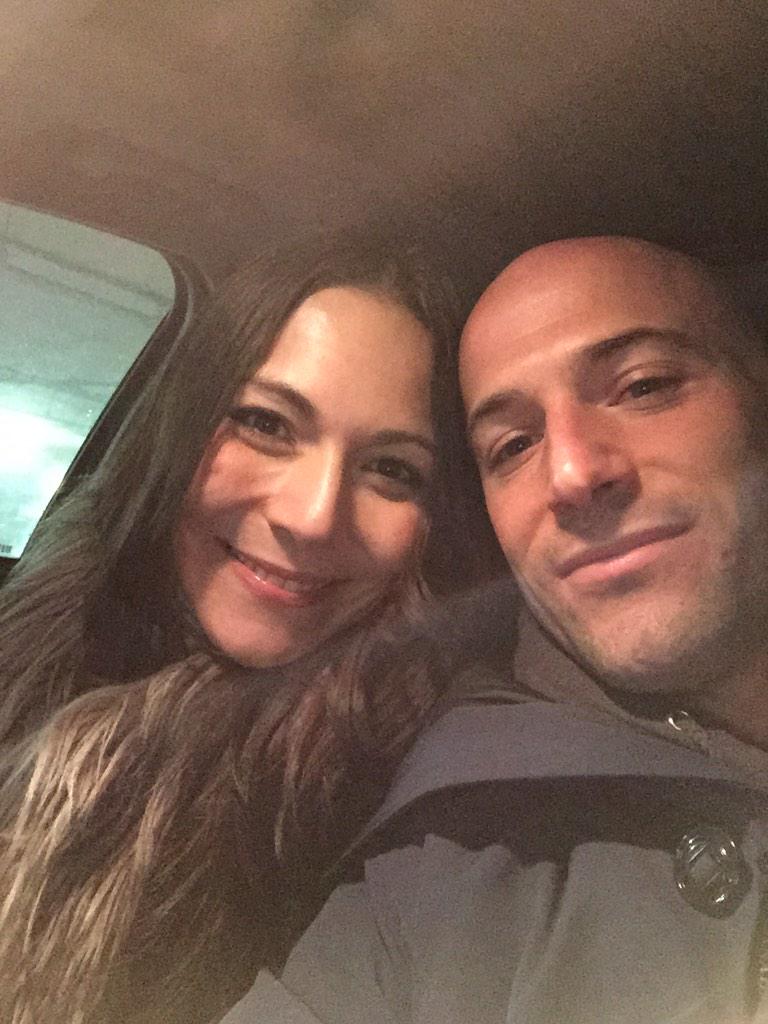 Mission accomplished: For him, it was love at first sight.

“She wasn’t into me because I was younger,” Ciman recalled with a smile. “I labored for six months, trying to make her understand that I wanted her and no other. I didn't give up. It worked.”

The move to Montreal has strengthened the bond between the family-driven couple. Their daughter, Nina, is happy and taken care of. The couple’s son, Achille, is an active and joyful 18-month-old. The transition has been smooth.

“My wife managed all of this really well,” Ciman said. “She exerted herself, left no stone unturned to find solutions for my little girl. She’s making great progress. We see that she’s blooming here. She’s happy when her parents love each other and are happy. When you’ve got a child with problems like these, your couple either blows up or gets stronger. And we’re lucky, because we love each other even more.”

While Laurent’s career flourishes, Diana is finding her way in Montreal, too. Starting this September, she will attend university classes to learn more about how she can fill the gap in support for autistic children between Belgium and Canada.

“We'd like to go back to Belgium and help the Belgian people, try to set up a foundation, do something in Belgium for people who are still there,” Ciman said.

But for now, the Cimans are having a great time in Quebec, building on the warm welcome, though Laurent says his stay-at-home nature can be a drawback.

“What we loved to do in Belgium, with my wife, was to host barbecue parties for friends and family,” Ciman said. “Here, I can’t do that because I’m all alone. [Family members] come and go, sure, but I don’t think that you can really make friends in one year, two years, three years.”

And yet, if last Saturday is any indication, thousands of Montrealers would certainly cherish an invite for burgers and beers at the Ciman household. Alone? Hardly.