Success for the Houston Dynamo had become formulaic.

“It’s been mentally challenging, physically challenging and it hasn’t been the year we wanted it to be. It’s definitely difficult. I think everybody’s sick of losing and not being successful."

“The unknown is the scary part for us players because you never know what type of coach is going to come in here. We’ve known the style that we’ve had for nine years. There’s a lot of unknowns and what-ifs and things we think about.

"The disappointment would’ve been them missing out on the playoffs when they’ve been involved at that time of the season. What we have to do now is try and add to the squad with some key players we think can help the team and look to get the club back challenging where they’ve been before. That for me is the initial challenge."

Manage the bad times early, add a face in the summer, sneak into the MLS Cup Playoffs and take over the postseason tournament. For two seasons – when they advanced to the title game in 2011 and ’12 – that method had put the Dynamo in the fanbase’s good graces come December.

That formula, however, had an expiration date. Houston hit a skid in May that would last until August, and by the time they pumped the breaks, the damage was done and the Dynamo missed the playoffs for just the second time in franchise history.

An unusually good start in the first three weeks of the season had the Dynamo perched atop the Eastern Conference. Then the absences hit. Whether it was the World Cup, injuries or suspensions, Houston spend much of the early summer dressing less than 18 players on game days. The club went through one stretch where they were shut out in five straight losses while Brad Davis and Boniek Garcia, and several injured players, were out of place.

Houston rebounded, largely due to the transformative introduction of d-mid Luis Garrido on loan from Olimpia, and made a late run. But the hole proved to be too deep, and the last two weeks of the season were about longtime head coach Dominic Kinnear leaving for San Jose rather than preparing for the postseason.

Now the club faces an offseason of change, starting with new head coach Owen Coyle. First order of business will be the defense, which gave up a franchise-worst 58 goals in 2014.

Down a man and looking to gain ground in a fleeting playoff race, Houston showed the guts and guile they’re usually associated with in holding on for a 1-0 win over Toronto FC on Oct. 8. Giles Barnes continued his evolution as a goal scorer, and the club saw the potential of young goalkeeper Tyler Deric when he stopped Jermain Defoe on a penalty kick. Deric could inherit the No. 1 spot with veteran Tally Hall headed for Orlando City SC.

In a season of lowlights, the worst moment lasted six weeks. After beating the LA Galaxy 1-0 on May 17 before World Cup absences kicked in, Houston lost the next five games by a combined 13-0. In the process they also lost rookie striker Mark Sherrod – gone, with Kinnear, to San Jose now – to a season-ending ACL injury. The woeful stretch dug a hole that the club ultimately never crawled out of.

Best Goal of the Year

Garcia played more of a support role in 2014, but against the Chicago Fire on Sept. 28, his tricky movement finished off the club’s best team goal of the year. After Kofi Sarkodie found Davis, who used his head instead of his trademark left foot to feed Garcia, the Honduran made a slick, shifting run in the box and finished with an inside-the-foot volley that no one could stop. It was the type of team goal that came far too infrequently for the club.

Barnes led the Houston Dynamo in goals with nine in 2012, and he upped that number to 11 in 2014. But it was his ability to take over games that shined through. Unlike in ’12, when he was a bystander much of the time, Barnes was whatever the club needed – a poacher, an off-the-ball threat, and even a target forward to break pressure on occasion. Barnes was a do-everything player and star in a season that lacked the expected quality from other veterans.

Garrido was nothing short of brilliant. Unveiled just a day after the Dynamo inked DaMarcus Beasley as the club’s must expensive signing, the Honduran World Cup veteran instantly restored Houston’s strength up their spine. Flying around the field and breaking up plays, Garrido showed you don’t have to be a playmaking No. 10 to make everyone around you better, and his impact on the Dynamo defense was particularly telling.

“I think there’s a couple areas where we need to find some starters. I think overall across the board is that we need depth.” – Dynamo president Chris Canetti on team's needs 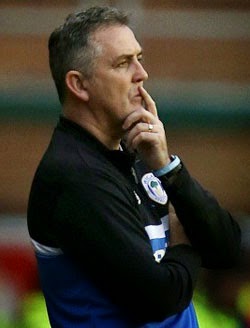 1. A Beast in the Back – If it was allowed, this would take up all three spots. While the players around them were not up to snuff for much of 2014, the middle of Houston’s defense was not only a revolving door but a sore spot in a year that saw the club give up 58 goals. Rookie A.J. Cochran made progress and has real long-term potential, but solidifying the middle of defense is paramount, regardless of style, in 2015.

2. Vision for the Front Line – The days of the 4-4-2 are likely over in Houston thanks to the arrival of Coyle. With the club looking to possess, expect a single-forward look in Houston. Is there a target/solo forward on the roster? Will Bruin has struggled in that role before, and could find himself shuffled down the depth chart – or maybe even on the trade block – if the club sign a striker.

3. In the Sticks – If Kinnear were still the head coach, this job would be all Deric. With change at the top, the club has already brought in one challenger in long-time D.C. United backup Joe Willis, who is highly regarded throughout the league. Given the strong class of 'keepers expected in the 2015 SuperDraft, this could be an open competition come preseason.