COLUMBUS, Ohio – It's been dubbed “la maldición” de Columbus” (the curse of Columbus) or “el fantasma del 'Dos a Cero'” (the ghost of 2-0), among other epithets.

The Mexican national team has played about twice as many matches in the United States as in their own country in recent years. They routinely vanquish their foes – including the US national team, on occasion – in front of devoted, appreciative crowds north of the border.

But they have suffered four straight 2-0 losses to the USMNT in the World Cup qualifiers held at MAPFRE Stadium since 2001, often looking like a shadow of their usual selves. And with every passing game, the mystique of the intimate venue – where the US are 8-0-3 overall – has grown.

“It's our favorite place to play,” said US goalkeeper Tim Howard with a grin on Wednesday, noting the memorable extra noise that fans create on the venue's metal bleachers.

“It should always be here. This is where it belongs. This is US-Mexico. We've finally got that in our back pocket: a place that we feel comfortable and we feel at home. The temperature's dropping – good for us. I'm sure they won't like that. So it's great. We love coming to Columbus for another game, and knowing our history here gives us a nice psychological boost.”

Several factors in this phenomenon are clear. Columbus was originally chosen to host that 2001 qualifier because of the sub-freezing temperatures on offer in Ohio in February, and the greater likelihood of a partisan USMNT crowd in the Midwest compared to coastal or Southwest locations closer to Mexican-American population centers.

Today many US fans regard World Cup qualification as a baseline expectation, but it wasn't quite the case back then. The Yanks needed every advantage they could get, and home meetings with Mexico – who had utterly dominated the US and the rest of CONCACAF for decades – often felt like anything but.

“At the time we were still trying to find ourselves in terms of the competitive part of World Cup qualifying in CONCACAF,” recalled LA Galaxy coach Bruce Arena, the USMNT coach at the time, in a recent interview with SI.com.

“I really urged [US Soccer officials] that we needed to find a venue that would give our team an advantage. Naturally they wanted the LA Coliseum type of venue where we'd get 90,000 paying customers and do wonderful things for the budget for the year. But over a short period of time I was able to convince both [USSF CEO/secretary general] Dan Flynn and Bob Contiguglia [the federation's president at the time] that we should look at another venue. I wanted one that I felt would give us an advantage and my strong suggestion was Columbus.

“Sometimes there's matchups that you have with opponents that it becomes a bit of a psychological block. So it was certainly crucial that at some point we were going to beat Mexico in a game that meant something.”

The frosty 2-0 win in 2001, dubbed “La Guerra Fria” (the Cold War) by the Mexican media, led to a return four years later. This time it was a balmy September evening, but the phenomenon continued. Two goals in six second-half minutes from Steve Ralston and DaMarcus Beasley – both off set pieces – ensured a World Cup berth-clinching win for the hosts and their fervent fans.

“There's something special about playing in Columbus. It is, I think, our national stadium,” Claudio Reyna, who captained the winning side that night, told SI.com this year. “Until something else comes up, Columbus is the national team's home.”

Similar wins in 2009 and 2013 reinforced the hoodoo and completely flipped the psychological burden that had once rested on the shoulders of the upstart Americans.

The modern version has become a hot ticket – supporters of both sides will flock to MAPFRE from all 50 states and the District of Columbia this week, with heavy ticket demand on the secondhand market. It remains a deeply pro-US environment that wills the home team forward, something that still can not be taken for granted everywhere.

“The fanbase is amazing. Having a majority of US fans fill up that stadium is incredible, you don't really get that anywhere else you go, so it's definitely an advantage for us,” said Omar Gonzalez on Tuesday. “It's not the biggest stadium, it's intimate, but it's loud and people are close to the pitch.”

Players on both sides have struggled to explain exactly what other elements have made Columbus so miserable for Mexico. But this time around El Tri manager Juan Carlos Osorio has taken aim at his team's apparent mental block, bringing in Spanish sports psychologist Imanol Ibarrondo to help them overcome the ghosts of history.

“[Osorio] has asked us to take away that thought that whenever I come here, we lose 2-0, and you have to change that mentality,” Mexico winger Jurgen Damm told ESPN Mexico this week. “I think the Mexican national team has all the potential, personal and soccer-wise, to reverse this situation. And secondly, you have to bring a lot of intensity, it must be delivered at 100 percent in this important game. We must take off the pressure and focus on what is the main objective: to pass through the Hexagonal in the best way.”

Said captain Rafa Marquez on Thursday: “It's true, we've played a lot of games here but I think this is a new opportunity for us. The weather was maybe the problem, but right now the cold is not like the other times. So we have a good opportunity to change this story.”

Paradoxically, some pundits suggest that recognition of the past – and the humility that it prompts – could benefit El Tri and their demanding fans.

“Although the US has done well against Mexico in recent years, there is always this idea that [Mexico] have the better roster – they're supposed to be beating the US, no matter where the venue is,” ESPN FC's Cesar Hernandez told MLSsoccer.com.

“That has proven to be obviously untrue in Columbus for quite some time. And you hear with Osorio – he said it in an interview, it's time to change the story. It feels like there's suddenly this realization, whether it be from the fans or from Osorio, that Mexico might not be the obvious favorite here.” 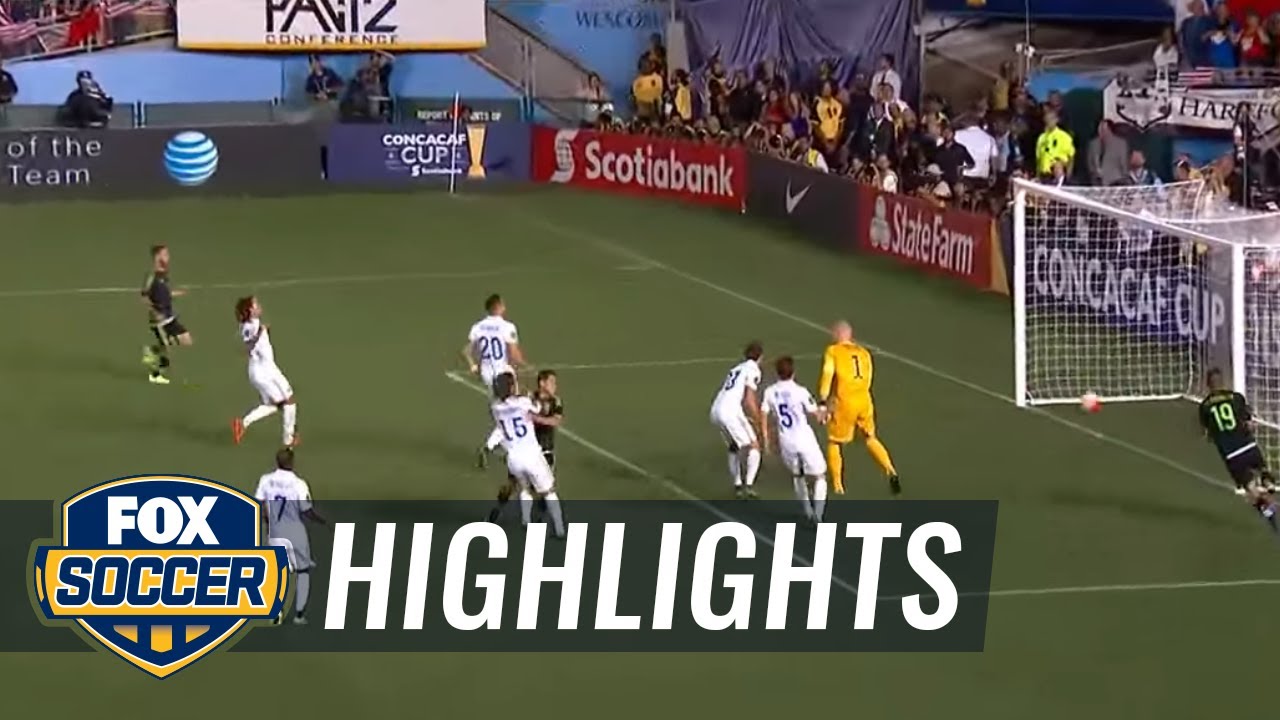 Osorio, who continues to be keenly critiqued thanks to the lingering pain of Mexico's 7-0 thrashing by Chile during Copa America Centenario, would quickly become a hero if he can engineer a win on Friday. But even a draw would be a major breakthrough for his team, who are likely to get a immediate lift simply by scoring a goal to head off the old “Dos a Cero” theme.

“We’re obviously familiar with the US,” said Osorio on Thursday. “Their physicality, their game in the air, players like Jozy Altidore, the great play of Michael Bradley, their strength defensively from [Timmy] Chandler or [John] Brooks – whoever they put out there; Tim Howard’s experience.

“But Mexico has everything. Great 'keepers, elite defenders like Rafa [Marquez] here to my right. Players in Europe, we have forwards who compete and distribute at a very high level. To have on the same team – Carlos [Vela], Giovani [dos Santos], Andres [Guardado], Javier [Hernandez], Hector [Herrera] – I think it gives us all the confidence in the world to think that we can unlock the US, make life difficult for them, to compete with them head to head.”